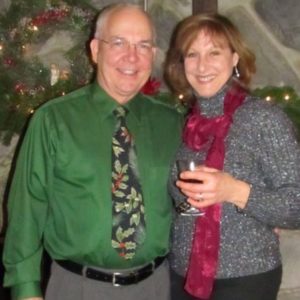 “Having a payroll person help me is like heaven on Earth! Before, I was worried, I was worried that I was doing something wrong. Worried that it wouldn’t get done on time. I was stressed out about having to write checks and get them to people. Now, I don’t have to do ANYTHING but tell Bruce my hours! It’s done and I can totally relax about it. I don’t have to worry about it one more time. It’s AWESOME!” 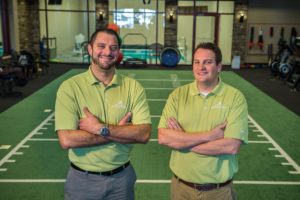 “My name is Mike Brown, Partner in Hertel & Brown Physical and Aquatic Therapy.

Like most people starting a business, I struggled with what to do about bookkeeping and payroll. I knew I wasn’t the least bit interested in doing it, but I didn’t want to pay an arm and a leg to have it done either.

We found Bruce Van Cleve by referral before we even opened our doors. He appeared to be what we were looking for and we even handed him our shoebox of receipts.

Now, 7 years later, at 5 locations, over 69 employees later, we’re still saving lots of money over having an accountant/bookkeeper on our payroll at whatever salary we’d have to pay that person.

The thing I like most is Bruce’s response time. Whether we email, call or text him – he actually answers right away or follows-up immediately…I like that.” 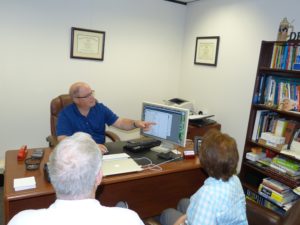 There’s a reason you went into business. To do special work, work you have a talent for, and of course, to make money doing it. To be a success at business you have to know your numbers- your costs, to know if you are profitable, where you’re making and losing money. It all starts with having an accounting system that feeds you that information quickly and efficiently. Bookkeeping today is different than it was in the 1950’s. It is incredibly easy and inexpensive, but it must be set up properly by someone that knows what they are doing so that it can be inexpensive for you.